Imagine being faced with the choice of saving the life of your partner, or saving the life of your newborn baby. On what should have been a time of celebration, Dong Mingqiang was put in this unfathomable situation. His wife Chen Yan lay dying from complications from child birth – extremely hypertensive, she suffered severe complications during delivery and was admitted to the intensive care unit. Their son, born premature at 32 weeks, weighed only 1400g and was battling pneumonia. Both required costly hospitalization.

Mingqiang’s family is from Baiyangwan Sub-village in a rural area of Zunyi Prefecture, Guizhou Province. A family with farming roots, Mingqiang did not have the chance to leave home and work as a migrant worker as he had to take care of this pregnant wife and elderly mother: his family’s income relied entirely on farming. With the average yearly per capita income in rural Guizhou province (the poorest province in China) in 2010 at a meagre 3400RMB (530USD), many rural farming families cannot afford costly medical care. Mingqiang was no exception and had to ask family and friends for financial help. When he had exhausted all possibilities, the total amount of money he was able to borrow was unable to cover the costs of the medical treatment of both his wife and his newborn son: he had to choose to fund the treatment of one or the other.

Mingqiang had to do the unthinkable.

In the early hours of the morning, a guard found an abandoned tiny newborn baby wrapped in a blanket. He brought the baby to the hospital, where the doctors and nurses recognized him as Mingqiang and Yan’s newborn son.

When they asked Mingqiang why he had abandoned his baby, he told them that he knew that if he did not pay for the treatment of his wife that she would die, but if their son was found abandoned, someone would pay for his treatment and save his life. Both his wife and son would survive, even if it meant that they would not be able to be together as a family.

Thankfully, the doctors at Zunyi Medical College Hospital knew that this was a perfect case for CMF’s Save-A-Baby program. Through the Save-A-Baby Program, families can receive up to 5000RMB to use towards the life-saving treatment of their child.

Mingqiang and Yan’s newborn son was admitted to the NCU and with treatment partially funded by CMF, he received nutrition by IV, antibiotics, and the time he needed under the specialized care of NCU doctors and nurses. He soon gained the strength and energy to be discharged and join his father and recovering mother as a family. 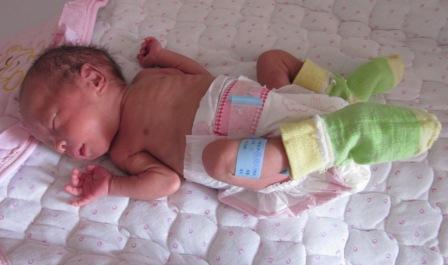 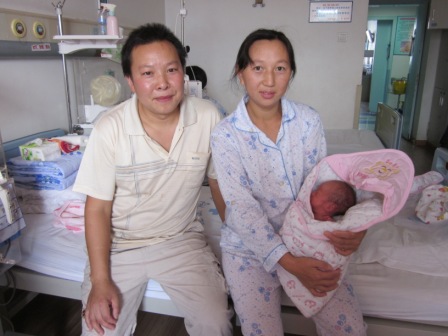