CMF’s Save-A-Baby Program pays for the life-saving treatment of newborn babies whose parents are faced with the decision of ending their medical treatment due to financial difficulty. The following is a story from one of our doctors in Guizhou Province of a set of twins that were helped through our program.

Today Gong Hongxia came to visit us with her twins who had just turned 9 months old: she wanted to thank the Children’s Medical Foundation for their support. As we looked at the smile on her face, we couldn’t help but remember when their family arrived with their twins at the hospital shortly after their birth.

Gong’s twin sons were admitted to our ward at the end of summer, 2010. Born at less than 30 weeks gestation, the older twin weighed 1000 grams and the younger twin 1500 grams. They were both fragile and weak and were unable to breathe on their own; they both required the help of ventilators. Feeding also became a problem – because they couldn’t keep food down, they were having problems growing and putting on weight. With such unstable conditions, the twins’ parents were torn between feeling happy and sad. Mom was often crying, while Dad was often seen helplessly watching the twins.

After one month in the NICU, Dad Zhou Zhitao finally approached me and said: “Doctor, we have no more money at home and we want to be discharged and take the twins back home.” I knew that if the twins left the hospital at this point, there was no way they would be able to adapt. The older brother still weighed only 1500 grams and was having trouble digesting milk. What would happen if they went home?

At this point, we had just partnered with CMF and their Save-A-Baby Program so we immediately filed an application on behalf of the family. Without any hesitation CMF approved the application and the twins remained in hospital care for another 3 weeks.

The twins are very lucky and became the first recipients of our Save-A-Baby Program. We finally saw Mom’s smile as both the twins reached weights of 2000 grams and were safe to be discharged.

Today, seeing their healthy growth and Mom’s heart warming smile again, we want to thank CMF from the bottom of our hearts for their generous support.
Gong Hongxia has told me that the child’s father has gone to work in Xiamen, and that they will work hard to provide the best care in raising the twins, to thank those that helped them along the way. 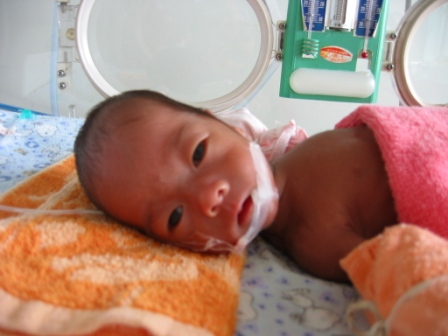 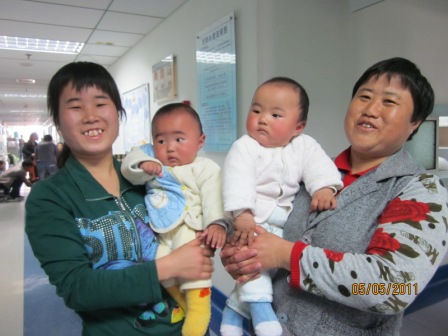